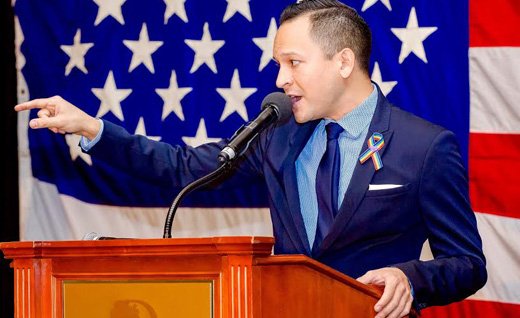 Hours after Sen. Jeff Brandes filed an adult-use cannabis bill, a House Democrat filed his own.

Both bills would legalize cannabis for adults, regardless of medical status, to possess up to 2.5 ounces of cannabis with up to 2 grams of THC. Both bills refer to the purchase and possession of the whole flower or other cannabis products that can be delivered through vaporizing or taken orally or topically.

While current licensed vertically-integrated medical marijuana stores would sell the product initially; both Sen. Brandes and Rep. Smith have stated this bill would open the market to small businesses, and help to end the “cartel hold” of licenses.

The two measures would allow people 21 and older to possess 2.5 ounces of cannabis and accessories, expanding the scope of medical marijuana treatment centers to recreational sales. Public use of the herb would not be permitted and would carry up to a $100 fine.

In addition to legalizing cannabis for adult use, the bills would allow users to legally carry one or more delivery devices as long as they were purchased from a licensed medical marijuana treatment center (MMTC).

The bills provide language protecting private property owners’ rights to restrict smoking or vaping on their properties, however it would block landlords from preventing tenants from possessing cannabis or using it through means other than vaping or smoking.

Under the both measures, adults legally purchasing cannabis could transfer the product to other people of legal age.

The bills would not exempt a consumer from prosecution related to impairment or intoxication resulting from the use of cannabis or exempt a person from submitting to a breath, blood, urine or other test to detect the presence of a controlled substance.

The measures would also require a Florida Department of Agriculture and Consumer Services study on the potential harms and benefits of allowing cultivation for private use, also known as home grow, but it would not immediately allow for users to grow their own product.

Retailers who fail to adequately check the age of purchasers would be subject to up to $10,000 in fines.

The measures would not exempt recreational cannabis consumers for taxes, as is the case for medical use.

The pair of bills come the same day the group Make It Legal Florida announced it would no longer seek a constitutional amendment on the 2020 ballot providing similar terms to legalize cannabis. That group, after failing to gather the required number of signatures to make the 2020 ballot, is now moving forward with plans to place it on the 2022 ballot.

“We’ve now become the only game in town. If people want legal, responsible adult use in Florida, it’s going to have to be through our bill because the ballot initiative is already unfortunately over,” Guillermo Smith said.