New Study: All Marijuana Strains the Same (but there’s a catch) 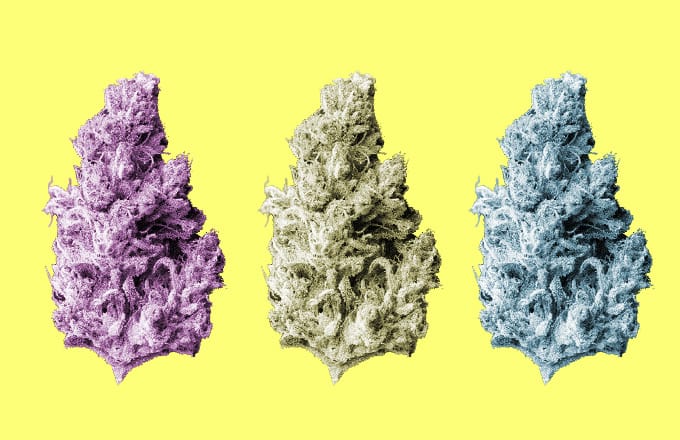 The title of this article may be as misleading as some of the cannabis marketing out there.

Different strains have been one of the hottest selling points of the cannabis industry. There are strains for people who want to maintain a more functional, creative high, and others for those looking to veg-out and relax at the end of the grueling day.

But a new study is challenging the conventional wisdom. It shows that no matter what the weed is called, all variations contain relatively the same amount of THC and CBD.

And that’s the catch. All marijuana strains are the same, ONLY when it comes to THC and CBD (at least according to this study).

“A high abundance compound in a plant, such as THC or CBD, isn’t necessarily responsible for the unique medicinal effects of certain strains,” lead study author and chemistry professor Elizabeth Mudge of the University of British Columbia (UBC) Okanagan, said in a statement for Science Magazine.

But how could this be?

Anyone who has ever taken a few hits of ‘Blue Dream’ and compared it something like ‘Afghan Kush’ understands that the two strains are vastly different in overall effect. The Blue Dream provides a chatty, introspective buzz that almost seems to give the user the power to solve all of the world’s problems, while Afghan Kush brings more of a body high with the ability to knock out bouts of high anxiety.

Still, the latest science, which was established following an exploration of 33 strains (both Indica and Sativa) from 5 licensed providers, shows there isn’t much difference in any of these breeds. This is even true when comparing the calming effects of an Indica and the mentally stimulating Sativa.

“The THC content can be identical between these two classification groups,” the study finds.

The study simply shows there is so much more going on than just THC and CBD levels.

Most consumers are unaware that there are somewhere around 100 cannabinoids at work in any given strain. But legal markets only require producers to show the THC and CBD content.

Meanwhile, the presence of unsung cannabinoids like Cannabichromene (CBC) and Cannabinol (CBN) may be doing most of the heavy lifting. Researchers say they even discovered more than 20 previously unknown cannabinoids during the experiment.

Throughout the past several decades, underground cannabis breeders have been somewhat restricted in the types of strains they could grow. Researchers say the outlaw status of the cannabis plant has prevented the true heritage of most cannabis strains from being properly documented and passed down.

“People have had informal breeding programs for a long time,” says study co-author and chemist Susan Murch. “In a structured program, we would keep track of the lineage, such as where the parent plants came from and their characteristics. With unstructured breeding, which is the current norm, particular plants were picked for some characteristic and then given a new name.”

This report could be a savage blow to the companies out there pushing CBD-only medicine. While each cannabinoid has a specific function, dissecting the plant to death (CBD is good, THC is bad…all other cannabinoids are insignificant) does not provide the consumer with the truth about the feel-good powers of the cannabis plant. It is perhaps a testament to the importance of educating the masses on “whole plant medicine.”