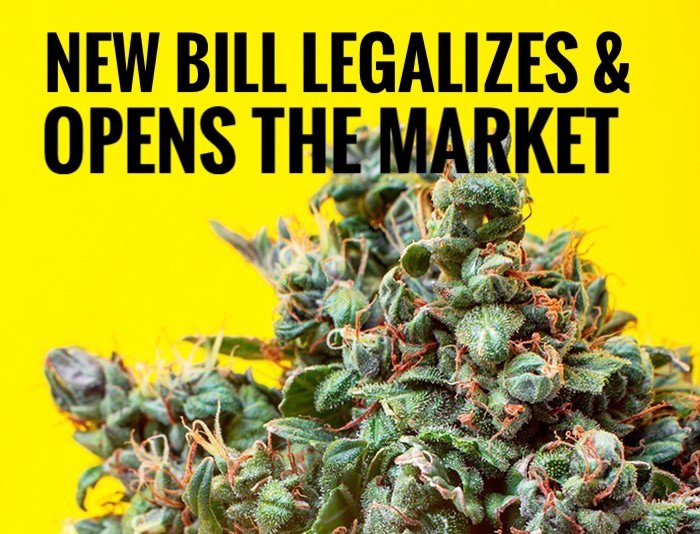 Sen. Jeff Brandes‘ bill (SB 1860) would allow adults, regardless of medical status, to possess up to 2.5 ounces of cannabis flower or marijuana products with up to 2 grams of THC.

The bill also establishes new licenses for cultivation, transportation, processing and retailing while allowing for wholesale transactions between growers and retailers – essentially establishing a horizontal marketplace.

“For me this is a liberty issue. We should give adult Floridians the freedom to make their own choices when it comes to cannabis,” Brandes said. “It’s not a matter of if, but when, Floridians will have access to adult use marijuana. This bill allows the Legislature to lead on an issue a super majority of Floridians support.”

The Brandes bill would permit those 21 and older to possess 2.5 ounces of cannabis and accessories. expanding the scope of medical marijuana treatment centers to recreational sales. Public use of the herb would not be permitted.

In addition to legalizing cannabis for adult use, Brandes’ bill would also allow users to legally carry one or more delivery devices as long as they were purchased from a licensed medical marijuana treatment center (MMTC).

The bill provides language protecting private property owners’ rights to restrict smoking or vaping on their properties, however it would block landlords from preventing tenants from possessing cannabis or using it through means other than vaping or smoking.

Under the bill, adults legally purchasing cannabis could transfer the product to other people of legal age.

The bill would not exempt a consumer from prosecution related to impairment or intoxication resulting from the use of cannabis or exempt a person from submitting to a breath, blood, urine or other test to detect the presence of a controlled substance.

The measure would also require a Florida Department of Agriculture and Consumer Services study on the potential harms and benefits of allowing cultivation for private use, also known as home grow, but it would not immediately allow for users to grow their own product.

Retailers who fail to adequately check the age of purchasers would be subject to up to $10,000 in fines.

The law would also apply retroactively to persons previously convicted of cannabis possession. Those individuals would have the right to petition for a resentencing hearing to commute their sentence to time served and to petition to have the charges expunged from their records.

The measure would not exempt recreational cannabis consumers for taxes, as is the case for medical use.

“I would be shocked if we don’t have adult use in Florida by 2024 just via the constitutional amendment,” Brandes told WUSF. “I think it’s time for the Legislature to take this issue on so we’re going to be proposing legislation this year that would allow for adult use cannabis in Florida.”

While it is uncertain whether adult-use cannabis will be have traction in the next 60 days, state economists suggest it could be good for the public coffers.

Analyzing a parallel proposal to legalize cannabis, they suggested $120 million in sales tax (at a 6 percent rate) could be expected out of a $2 billion market. Baker expects a “definite savings” in eliminating cannabis crimes, but suggests “new crimes” could emerge.

Brandes’ bill does not yet have a companion in the House. If approved, his bill would take effect Jan. 1, 2021.