Is There No True Difference Between Indica and Sativa? 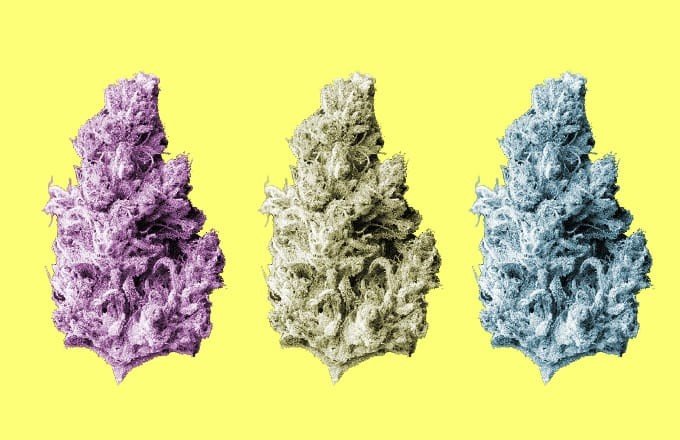 Cannabis Sativa and Cannabis Indica have been known as two different strains of weed, that produce significantly different effects. Indica has been thought to produce a more a relaxed feeling, whereas Sativa, may produce something more akin to a feeling of energy. Since people began using Cannabis for its desired effects, no one has truly questioned the science behind the high?

Jean Baptist Lamarck was one of the first to publish an article about the two supposed strains of weed and their varying differences. He described physical distinctions between the Sativa and Indica plant, stating that Indica was smaller and firmer. He noted that Indica could induce a more cheerful and relaxed disposition.

If an individual were to enter a dispensary, they would be met with the same confident distinctions. Not only will you be educated on the two supposed strains, the effects they can produce, but also their new and improved hybrid counterparts. Indica will be recommended to those who have not tried weed in a long time or are first time users. Sativa will be offered to those who enjoy more intense and heightened feelings and sensations.

This leads one to question, where exactly have these conclusions been drawn? It seems like a lot of evidence has relied heavily upon Lamarck’s publications and, well, how one feels? This leaves today’s botanists highly dissatisfied, due largely in part to the lack of empirical data gathered on the subject at hand. They encourage scientific testing to generate validity to these claims. They argue that there may have never been two separate strains of the cannabis plant. Maybe, the original plant has evolved over time, and different results are an inevitable consequence of evolution, and the chemicals involved to aid in the survival of the plant.

It appears that the effects from each plant may indeed be part of a marketing ploy. A way to discriminate and have more control over the desired effect. Everyone has a subjective experience when using cannabis. One’s environment and personal disposition cannot be ignored when trying to gather reliable and valid data. Conclusions drawn, up until now, have been heavily deduced from how one feels, instead of scientific observation or methodology.

Science has evolved since Lamarck’s time. Now, we can sequence the genomes of a plant and observe their genetic differences. Scientists have conducted numerous experiments, that prove the labels found on the supposed different strains of weed, did not, in fact, match the genetic differences. The differences vary based on the combinations of chemicals found in the plant. These can include THC, CBD, and more than a hundred other cannabinoids, and a plethora of aromatic terpenoids. These chemicals evolved in the cannabis plant over long periods of time. The distinction is pivotal, not only for selling an accurate representation of what the consumer is purchasing, but also towards offering a more objective, scientific, and reliable approach towards understanding Cannabis and it’s many uses.

Scientists agree that varying effects can and do occur. They argue that the effects are not due to a different strain of weed, but rather the different chemicals and terpenoids that the plant consists of. These chemicals served the purpose of the survival of the plant over a large timespan. The chemicals provided a way to ward off bugs and disease that may have harmed the plant. Scientists are now fighting for a more accurate interpretation of the effects of weed on the human body. They encourage a new line of thought that can still consider the congruence of weed and how it makes one feel. They invite new questions and rationale. Is it truly different strains of cannabis that are creating these effects?  Or, is it more likely that the different chemicals that constitute the plant, and helped aid in the plant’s survival, are at play? More importantly, how do these chemicals affect humans? Only time, objective testing, empirical data, and the appetites of those who desire truth, will tell.