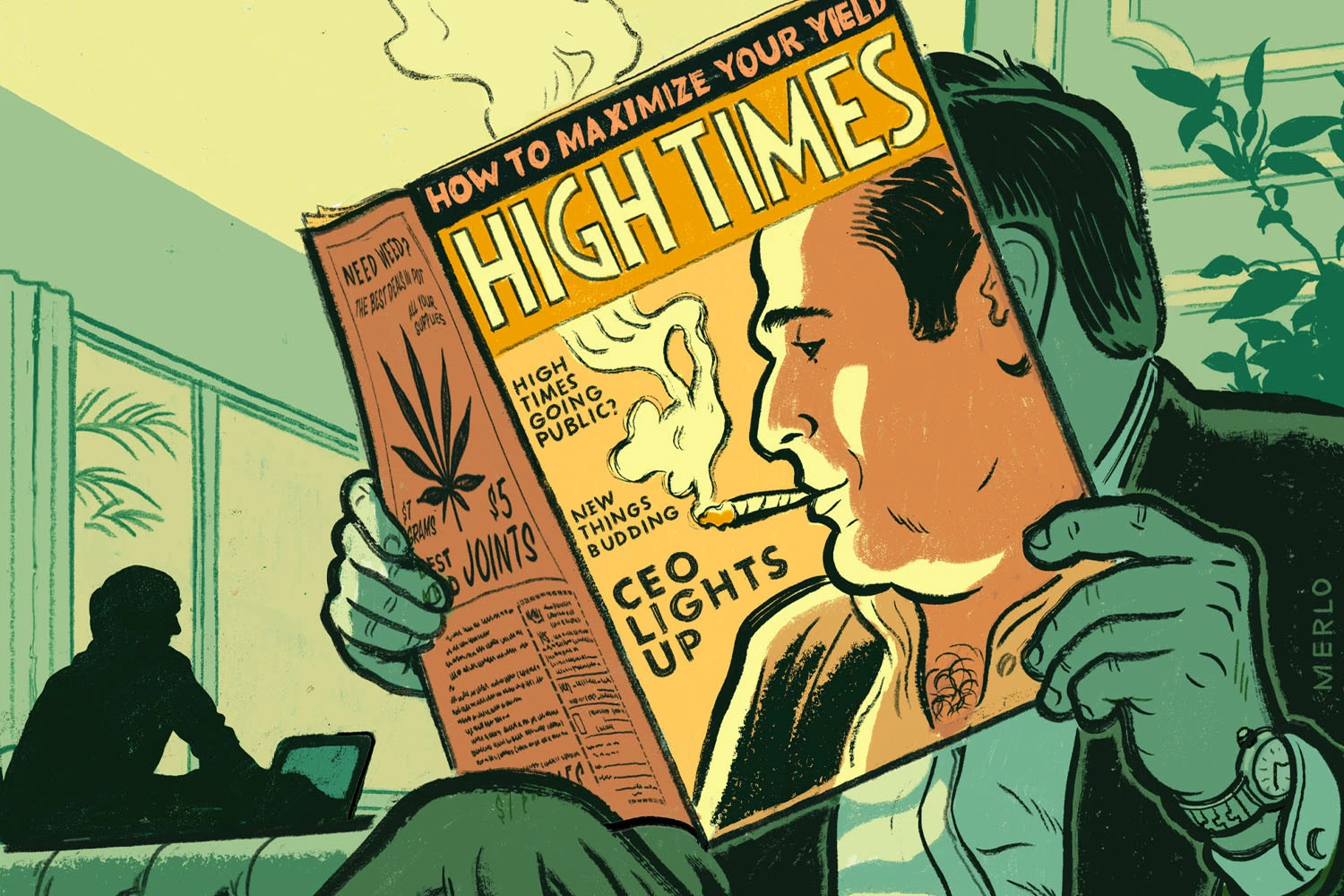 High Times, the storied 45-year-old publication that advocates for the legalization of cannabis, is hanging out its shingle and getting into the actual pot business.

“Now we’re not talking about touching the plant, per se. But the last stages before it reaches a consumer, so delivery, retail, and of course just continuing to connect consumers to the great cannabis brands that are out there,” said the company’s CEO, Stormy Simon, in an interview with Yahoo Finance’s On The Move, outlining the company’s plan to to open a few High Times-branded stores this year. “It is time for us to start participating.”

In the United States, marijuana is legal in 11 states for adults over the age of 21, and legal for medical use in 33 states. On January 1, Illinois became the most recent state to legalize weed and consumers there spent nearly $20 million on marijuana in the first 12 days of legalization, including $13 million in the first week alone.
A major downside to the robust demand is that there simply isn’t enough product. That combined with varying state laws make it a challenging space in which to operate. The tough environment has been reflected in pot stocks like Canopy Growth Corp. (CGC), Cronos Group Inc. (CRON), and Aphria Inc. (APHA), which had a terrible run in 2019. Cannabis ETF, ETFMG Alternative Harvest ETF (MJ), has underperformed the broader market over the last 12 months and as of January 8 was down 41.0% compared to the S&P 500’s 26.4% gain.

Despite those hurdles, Simon said High Times has enough experience to navigate the industry successfully. “There’s a lot of regulations state by state. It’s a complicated business and industry to get into, “ Simon said. “As the industry has evolved, we’ve learned that starting as a media company, moving into these events as the state-by-states legalization happens, that it’s just the natural next step of taking our brand into the hands of the consumers.”

And when will federal legalization be a reality?

“That’s a tough question, and a dangerous one to answer,” said Simon. “You know, hopefully soon. I think one of the real problems with not being federally regulated is the pressure that it puts on these businesses, the high taxes that they experience. I think it would be in the next couple years, within five years. But again, it’s really hard to say.”