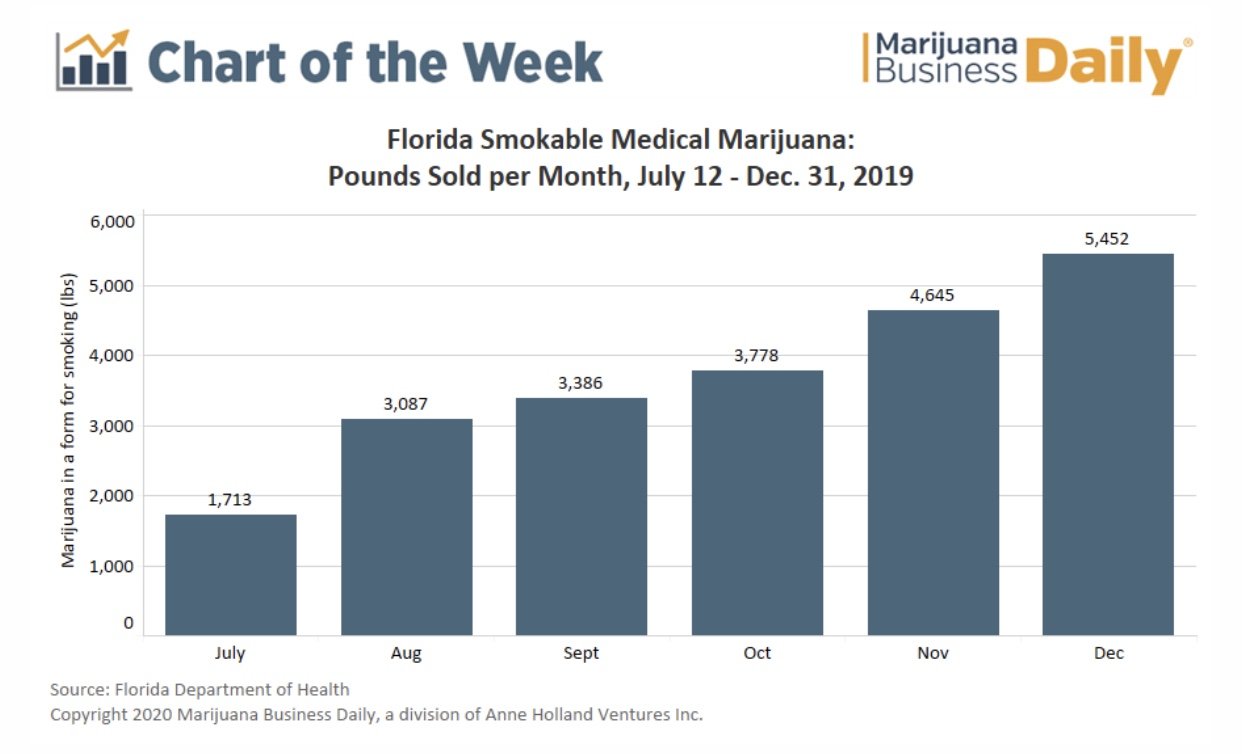 Medical cannabis patients in Florida have embraced the addition of smokable products to their purchasing options, with more than 22,000 pounds of the product sold in less than six months.

By comparison, that figure is more than three times the quantity of all medical marijuana sold in Ohio during the first 12 months of sales in that state.

Sales have generally followed an upward trend since the state began reporting the data, ranging from a low of 590 pounds sold per week in mid-July to 1,300 pounds the last weeks of December.

Through the month of December, average daily sales came in around 180 pounds per day.

Sales likely saw a boost from Florida’s fairly generous purchasing limits of 2.5 ounces of smokable product per 35 days and a quickly growing market fostered by an ever-increasing patient registry and ample access to dispensaries.

Florida finished 2019 with just under 300,000 active patients in the state registry (1.4% of the state’s population) and 212 dispensaries statewide (one dispensary per 1,415 patients).

For perspective, Ohio sold roughly 7,000 pounds of all types of medical marijuana during its first year of sales in 2019, with about 0.6% of the population registered as a medical marijuana patient and one dispensary per 1,700 patients.

Industry experts estimated Florida dispensaries generated $3.5 million to $5 million in weekly sales of smokable MMJ with assumed prices of $10 to $15 per gram.

More than three-quarters of the total smokable marijuana sold between July 12, 2019, and Dec. 31, 2019, was through three licensed operators:

The Florida market is poised for continued strong performance in 2020, with 304,500 active patients and 218 dispensaries as of Jan. 17.