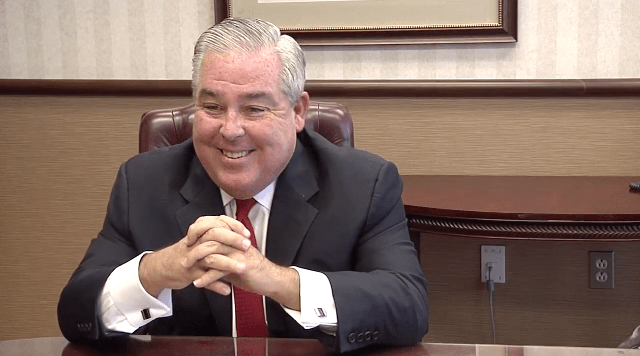 On Tuesday self-proclaimed #PotDaddy John Morgan tweeted support for an Industry backed push for an adult-use amendment in time for the 2020 election.

I have decided that I am too old to care.

I believe that #marijuana should be legal!!

I think we have time and I think there is money to get it done. I already have the minimum wage signatures.

John Morgan deserves credit for helping bankroll and push the United for Care Amendment in Florida.  But does he really care about legalization efforts?

The tweet above indicates he does, but may point to him being at odds with other adult use amendments.

Morgan, however, has never openly supported or backed that amendment, one that allows for home-grows and has some support by various MMTCs, including Florida powerhouse Trulieve.

The lack of commitment Morgan has shown to the Regulate initiative, as well as the timing of his tweets; they happened days after a new political committee called “Make It Legal Florida” registered with the state, may indicate he isn’t a big fan of the current amendment in circulation.

This new PAC is chaired by Nick Hansen, who is Southeastern Director of Government Affairs for MedMen, a Los Angeles-based medical cannabis chain with locations and delivery service in Florida.

To further muddy the water, Morgan has said he is a general partner with the Coral Reefer brand, licensed by Jimmy Buffett and sold at all Surterra locations in Florida.

He also has a record of indicating he might be more involved with multiple license holders, or even directly invested in Surterra.

While none of these rumors have been confirmed by Morgan as he continues to dance around the implication, it’s fair to wonder where his loyalty lies.

If Morgan puts his money and support behind an amendment that allows for expanded access for both consumers and businesses, home grows, and some form of expungement program, he would be #ForThePeople as he’s known to say.