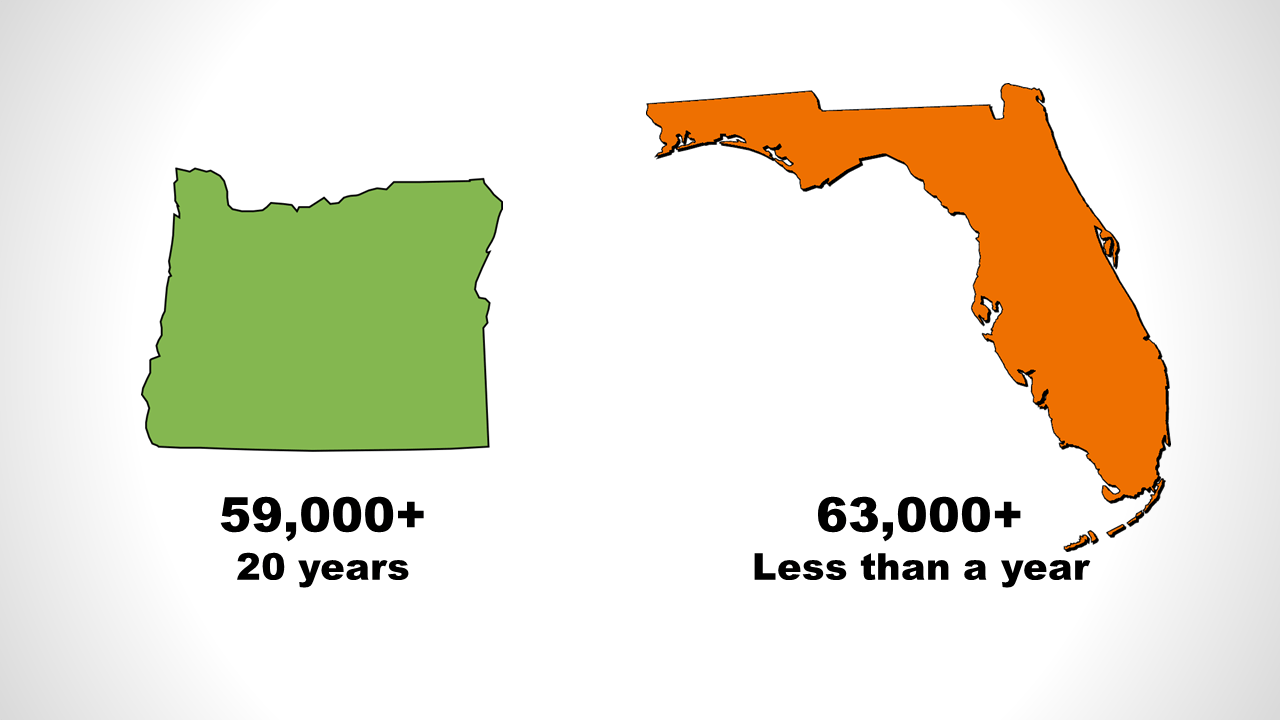 The number of Medical Marijuana patients in Florida has grown to over 63,500, surging over 370% since June. Florida now has more medical marijuana patients than the state of Oregon (59,062), a state which has had a medical program for nearly two decades.

In June Florida’s patient count was just over 16,000, a number that has nearly quadrupled in less than five months. This despite just 2% of doctors being able to recommend cannabis and only 10% of those actively doing so.

If the number of patients continues to grow at this rate, according to current law, the state will need to grant five new marijuana licenses by April of 2018 and another five by year’s end.

This is in addition to the four licenses the state was required to award by October 2017, but missed the deadline.

This would bring the total number of licenses to 27 by this time next year, each with the potential to open 25 dispensaries.

That’s not a very long time.

Sure, Florida’s program may seem off to a slow start if you are watching the pot waiting for it to boil. But if you take a step back and look at it in context of the bigger picture… it’s moving really fast.

If you want to get in the game, there has never been a better time.