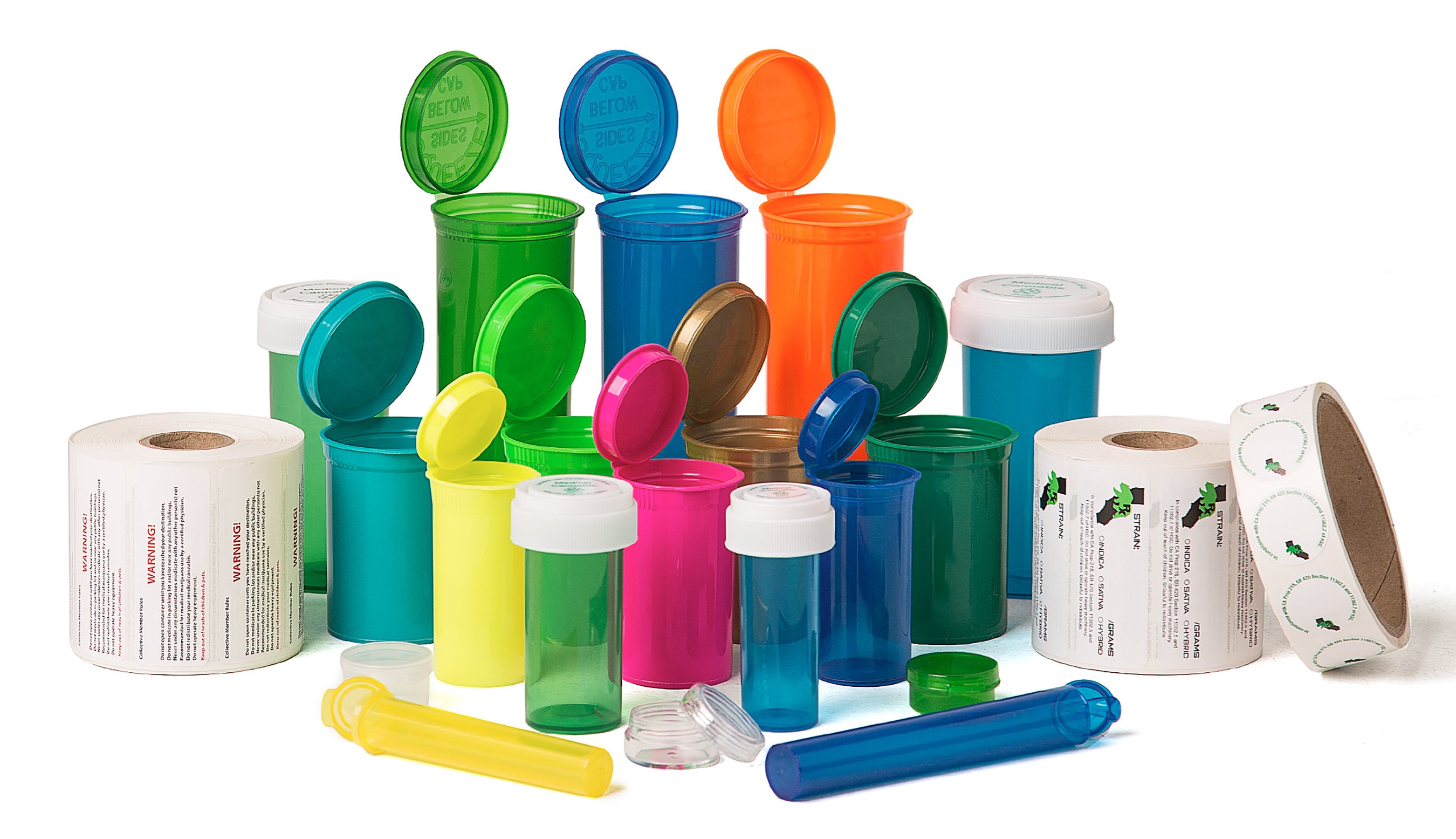 As California’s legalization of marijuana creeps ever closer, the industry has been flooded with new business ideas and wealthy investors. In fact, earlier this month in downtown L.A., weed veterans and prospective business owners gathered for the inaugural MJAC2017 conference to discuss the benefits and pitfalls of investing in the still-stigmatized cannabis industry.

As a way to sidestep legal problems and attract capital from timid investors, many entrepreneurs are starting companies that never touch the actual product. The following ancillary companies — from tech startups to weed-focused attorneys — stand to reap all the benefits of the Green Rush with much less of the risk.

An app for the frugal stoner, Grass Pass is a digital club whose members pay $10 a month in return for at least one free joint per day. For the user, it’s relatively simple: Sign up, submit some basic personal information and then reap the rewards. In return for giving out free dank, participating dispensaries gather valuable information on their targeted customers — especially if users sign up through Facebook, where the app can access your likes and dislikes, hobbies and more, Grass Pass founder Simeon Schnapper says.

The idea of free weed isn’t a new concept, he adds, as weed retailers often give handouts when introducing customers to new products or brands. The difference with Grass Pass is that the dispensary gathers feedback and intel on those consumers, and thus has the opportunity to up-sell them when they arrive at the dispensary for their free joint.

If the app’s name sounds remarkably similar to the workout membership Class Pass, that’s no coincidence. Schnapper was an avid user of Class Pass, as well as Meal Pass (a membership tool for weekday lunches) and Hooch (a similar concept but for booze) when he realized this type of digital “pass economy” was a promising avenue for cannabis as well.

“Ancillary exists in every industry,” he says. “Some might argue that ancillary is bigger than the core thing anyway.”

From Grass Pass’ offices in Malibu, Schnapper says the company has about 300 dispensaries in the database so far but is still doing some final testing of the app before launching next month. Although this venture places Schnapper a safe distance from the actual weed, he says he’s not squeamish around the product; he previously opened a dispensary in Venice in 2008.

Founded by the former head of security for Beats by Dre, Armaplex provides the muscle and technological security for cannabis companies. With headquarters in Santa Monica, Armaplex sells and installs electronic cameras, designs and executes security plans, and provides armed guards for the transportation of valuables or cash, which there is plenty of in the weed industry.

“I am a former local and federal law enforcement officer and believe we need to admit that we lost the war on drugs,” founder-CEO Terry Blevins tells the Weekly via email. “I am passionate about drug policy reform and felt this was a good way to advocate for legalization and to make a living at the same time.”

Blevins says it was never his intention to handle the product directly or obtain a cannabis license but rather to capitalize on his extensive background in law enforcement and corporate security. However, when he began designing security plans for cannabis businesses seeking licenses, Blevins says, herealized there weren’t enough distribution and transportation companies to handle the amount of weed poised to be shipped throughout California. He is only now considering a partnership in which Armaplex could transport the actual marijuana in the future, but this wouldn’t necessitate the company obtaining its own cannabis license. Armaplex’s proposed partner has already secured a distribution license, and Blevins’ business would operate under that umbrella, he explains.

Although security for weed operations has become the bulk of Armaplex’s business — and the company pledges to stay up-to-date on laws and ordinances in order to ensure clients are compliant — Blevins continues to provide protective services for noncannabis companies and VIPS as well. Armaplex currently employs about 30 staffers and contractors, but Blevins says it is constantly hiring.

Founded in 2010 by two former high school basketball teammates, Kush Bottles makes budtender gloves, weed canisters, glass pipes, grinders, baggies and everything else a dispensary or cannabis-related business may need. When you spot one of those discarded, plastic, pop-top bottles in a L.A. gutter or park, there’s a good chance it was made by Kush Bottles.

Nick Kovacevich, co-founder and CEO of the company, says that while growers and manufacturers used to choose Kush Bottles to distinguish their brand (instead of opting for the sloppy, go-to zip-top bag), marijuana producers in California soon will be required to use some of the specialty features that Kush offers, such as childproof packaging

“What helped us really take off is when cannabis started legalizing for adult use and regulation for packaging started to come from the government. … Now all of a sudden our product is a lot more valuable,” he says.

With headquarters in Orange County and an outpost in Lawndale, Kush Bottles does the bulk of its business in L.A. and Southern California, Kovacevich says, but its reach extends outside the state as well. Growing up with a father who was an assistant district attorney and at one point a judge, Kovacevich says he’s never had interest in skirting legal boundaries — so growing or selling weed wasn’t an option. Starting a supply company that caters to this profitable industry was the perfect way to minimize risk, create a scalable business and distance himself from the stigma of weed, Kovacevich says. It also makes it much easier to attract investors, he adds, as many traditional funding sources still shy away from cannabis companies.

“I wanted to make money, I wanted to participate in the industry, but I also didn’t want to get into something that was going to affect the rest of my career,” he says.

With offices in both Santa Monica and San Francisco, the Clark Neubert law firm dubs itself “lawyers for the green frontier,” and it has been living up to its name. Led by the namesake partners, Ariel Clark and Nicole Howell Neubert, this female-fronted firm employs five attorneys and has been heavily involved with the development of L.A.’s medical and recreational regulations.

Clark, who has practiced law in the cannabis space since 2008, also founded and is the current chair of local industry group the Los Angeles Cannabis Task Force.

“I formed the L.A. Cannabis Task Force to ensure that when we create cannabis wealth, it is not only distributed across a diverse group of entrepreneurs but that those companies’ values and business culture represent a paradigm shift toward community-centered capitalism,” Clark tells the Weekly via email.

Clark and Neubert’s legal clients have included dispensary owners, growers, manufacturers and others in the cannabis sphere who are seeking general counsel, guidance on establishment and operation of a marijuana business, or to compliance with state and local regulations.

“With California beginning to regulate commercial cannabis next year, it means the focus of our practice is on helping businesses finally assume their rightful place in the mainstream of California commerce instead of being treated as criminals,” the partners say.

In addition to California companies, Clark has worked with business owners in Oregon, Washington, Arizona, Nevada and a handful of other states where medical and/or adult use is legalized. Both partners’ involvement in the weed world extends far outside law as well. For example, last year Neubert served on a 16-member Cannabis Banking Working Group assembled in part by California state treasurer John Chiang, and she also teaches legal courses at Oakland’s famed Oaksterdam University.

There is such a thing as too many choices, and the weed industry seems to be approaching that threshold as its product base expands to more than 7,500 strains. With a strain for every mood, a potency for every consumer and a method of consumption for even the most timid of tokers, finding the type of treatment you’re looking for can be daunting.

In fact, it was Cannacopia founder Mike Weiss’ own overwhelming visit to a dispensary back in 2015 that spurred him to create the aforementioned interactive app, which helps even the most novice of cannabis users pinpoint the type of weed they’re looking for.

Existing marijuana apps seemed to be less effective versions of a Google search and, simply, had things “ass-backwards,” Weiss says in an email to the Weekly.

“You type in a name and search its results. It’s actually faster to just search Google to get everyone’s results on a single search page,” he said. “I don’t care to find out the effects of each strain, I just want to find the strains that will make me feel the way I want, and where I can purchase them.”

Cannacopia allows the user to set — and constantly change depending on mood — the parameters of the type of high he’s looking for. There’s four variables to consider: Taste, mood, RX (desired health benefits), and EFX (desired bodily effects). The user slides colorful dots on a graph to indicate the desired results, hits the “Go” button and up pop weed recommendations, including the methods of intake and where it can be purchased. Cannacopia has 12,500 users so far and climbing, according to Weiss.

Always a risk taker, Weiss says he wasn’t necessarily averse to handling weed directly but that he thought there was enormous potential in the realm of the “digital customer interface that connects all these goods and services to the masses.”

“It follows the same disruptive business model as Uber, AirBnb and other digital marketplaces,” he says.

Hayley Fox is freelance reporter covering news (and the occasional adorable animal story) in Los Angeles. Fox has written about crime, community, development, arts and culture for the L.A. Weekly, VICE, Los Angeles Magazine and the Jewish Journal. The L.A. native and longtime Dodgers fan previously worked as a reporter at KPCC 89.3.